Discovering the other… Jamaica

“Take your time,” says local fisherman, Boxer, as I scramble back into his red fishing boat after diving into the opal water to spy sea turtles off Dragon Bay. It’s a common refrain in Jamaica, where stopping to smell the roses is part of the national character.

A day previous, amid the clamour of Kingston, I did just that – taking my time to admire the rose-beds of Emancipation Park and the bronze figures of the Redemption Song memorial, named after the famous Bob Marley song and dedicated to the slaves of Jamaica’s past.

Bounded by the cloud-skimming Blue Mountains to the north and the Caribbean Sea to the south, the Jamaican capital was my launch point for an alternative island experience far from the swanky beach resorts of Montego Bay and Negril.

Few people realise Jamaica is the Caribbean’s third largest island, and between its waterfall-haunted valleys, emerald mountains, platinum coasts, and the UNESCO Creative City of Kingston, its cultural and natural bounty is immense.

“You know Pirates of the Caribbean? It all started here,” says my guide Cheree as we drive along the Palisadoes causeway from Kingston to the sleepy peninsula fishing village of Port Royal. It used to be a pirate’s haven, known as the wickedest and richest place on earth, before a major earthquake swallowed most of the land and booty beneath the waves in 1692.

But we are hunting for a different kind of bounty, the freshest tastiest catch of the day at Gloria’s Seafood. The renowned restaurant has views across the harbour to the twinkling lights of Kingston, and I’m told the area is at its liveliest on Fridays when it hosts the weekly Fish Fry.

The next day my Kingston history lesson continues at antique-stuffed Georgian mansion Devon House, built by Jamaica’s first black millionaire George Stiebel. Aside from the tropical foliage, the heritage site has a definite Devonshire feel, with brick cottages and stables turned into an inviting bakery, and the iScream ice cream parlour, where I choose a classic clotted cream vanilla cone that melts faster than I can eat in the tropical heat.

Known as ‘the other Jamaica’, the north-eastern parish of Portland has long been feted for its natural beauty but its relative inaccessibility has left it blissfully undisturbed. It was once a hideaway for the Hollywood elite. Errol Flynn had a house in Port Antonio and frequented Frenchman’s Cove with the likes of Liz Taylor and Sophia Loren.

Heading north from Kingston, we take the scenic route along the helter-skelter switchbacks of the rainforest-draped Blue Mountains. Boulder-strewn rivers carve through deep ravines, bright blue and yellow shacks cling to the hillside, and steam hanging in the canopy turns the slopes into a temporary cloud forest.

I succumb to motion sickness, but the folks at Craighton Blue Mountain Coffee know what to do, reviving me with a fragrant lemongrass tea on the cool verandah. The organic coffee plantation’s setting is stirringly beautiful and its hand-sorted beans have the highest possible classification for quality.

Emerging from the mountains at Buff Bay, the road hugs the coast east all the way to Port Antonio and the hidden bays beyond. There are no official boat tours here, but fisherman are happy to ferry tourists to local beauty spots.

Meeting Boxer at the Blue Lagoon jetty, I hop into his fishing boat for a tour and quickly realize he knows these waters like the back of his hand. He shows me the freshwater spring and rope swing at the edge of the lagoon where the water is noticeably cooler and takes me to turtle and stingray-inhabited Dragon Bay where we see at least half a dozen turtles.

After enjoying the castaway delights of Monkey Island, we round the aptly-named Alligator’s Head and watch as champion freediver David Lee prepares to kite surf from the dock. Finally we pull up on a quintessential Jamaican beach with the Rasta colours of the One Love shack peeping through the seagrapes and arching palms. Thank goodness local legal action saved Winnifred Beach from private development. I’ve seen some stunning Caribbean coastlines, but Portland is something really special.

Driving to Ocho Rios the next day, we follow an old A-road to a flatbed bridge across the deceptively-calm Rio Cobre that locals believe is cursed. There are stories of the serpent river swallowing vehicles whole within seconds, and the gates to the gorge are closed in heavy rain.

Cheree spots some roadside fruit sellers and seizes on the chance to share some local produce with me: the strange orange jackfruit that grows on the tree-trunk and tastes better than it smells; and the Jamaican apple, like a plum but less sweet.

We cruise down the sloping lanes of St Mary parish, lined with tall bamboos, red flowering flamboyant and fragrant pimento trees, before it turns into a dry river bed at the ancient glen of Fern Gully, home to more than 300 types of fern.

Dunn’s River Falls is my last stop, an enchanting natural wonder that’s not surprisingly become a premier tourist attraction. This part of the island is much more touristy than Portland, with a cruise ship terminal bringing in extra visitors.

As I climb the cascading tiers I’m reminded I have a plane to catch later that day, but as soon as I speed up, I slip and scrape my shin. I should have learnt my lesson – take your time. •

Where to book it… Call Savvi Travel today. quoting Explore. 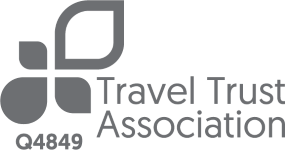